Rugby Australia has confirmed the remaining Wallabies and Buildcorp Wallaroos inbound Tests for the 2022 international season. We are excited to announce that Adelaide Oval will play host Saturday 27 August 2022. 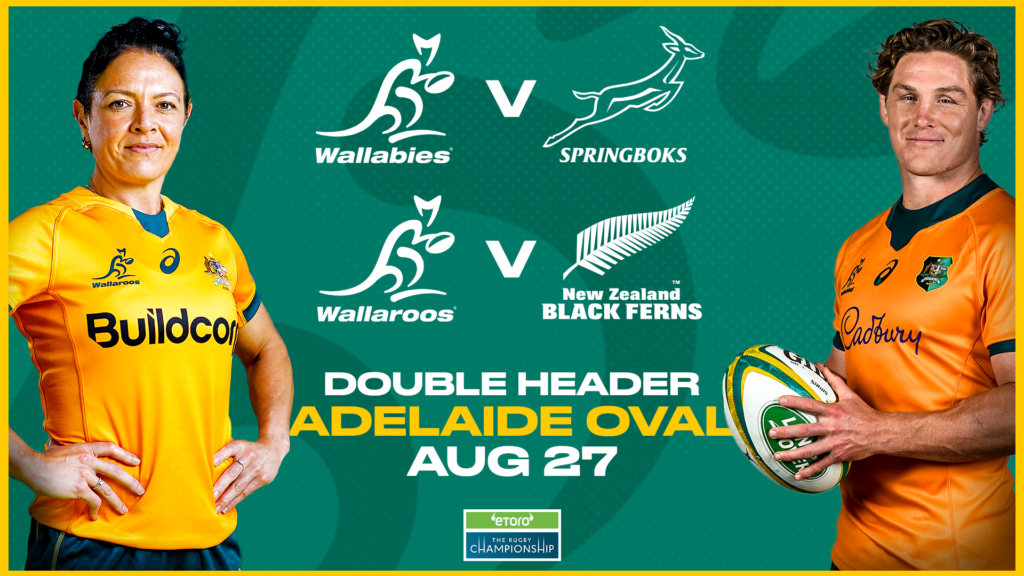 “To host a doubleheader in Adelaide where the Buildcorp Wallaroos will be firmly into their preparation for the Rugby World Cup and the Wallabies who will take on the current Rugby World Cup champion Springboks in what will be a return to Adelaide Oval following their emphatic win against Namibia in the 2003 RWC is an exciting prospect for both teams that will make this an occasion to remember.

“We would like to thank all of our partners for their continued support, as well as our State Governments for their ongoing support and co-operation in delivering world-class live events here in Australia.”

The Buildcorp Wallaroos will take on New Zealand as part of a historic doubleheader at Adelaide Oval on 27 August.

It will be the first time the Wallaroos have played at the iconic venue, with the clash against the Black Ferns another key milestone on their journey to the 2022 Rugby World Cup.

Buildcorp Wallaroos Head Coach Jay Tregonning said: “Playing the Black Ferns is always a momentous occasion for the team more so now that they are our first opponent in the Rugby World Cup in October.

“The side has always been dedicated to growing the women’s game right across the country and playing in Adelaide only reinforces this. Being able to play our second test of the O’Reilly Cup in Adelaide hopefully will inspire a lot of female talent in South Australia to choose rugby and start their own journey towards the Buildcorp Wallaroos. Having a double-header with the Wallabies is now something supporters are always excited for and both these tests will combine to create a truly world class event.”

The Wallabies will play Rugby World Cup Champions South Africa in the second match of the doubleheader at Adelaide Oval, their first Test in South Australia since 2004.

The venue was the scene of a Wallabies World Record at the 2003 Rugby World Cup, when the Australians beat Namibia 142-0, in what remains the largest margin of victory in men’s Test Rugby.

Wallabies coach, Dave Rennie said: “To have such high quality Tests in Australia this year is great for our team as we continue to build and gain experience as a group.”

“To have matches in most major cities across Australia this year will allow us to connect with more of our supporters and community which is something we value highly as a team.”

South Australia Premier Peter Malinauskas said: “It’s the first time we’ve hosted the Wallabies in almost 20 years, which is great news for rugby fans in South Australia – but also a massive drawcard for visitors to our state who want to come to Adelaide and watch world-class international sport, right here at iconic Adelaide Oval.”

“We’re also thrilled to have the Wallaroos play here, in what is the only time both the mens’ and womens’ teams will feature on the same fixture at the same venue in Australia this year. These are the kinds of events that drive strong visitation – with more than 30,000 fans expected to attend, filling up our city bars and hotels, and giving the CBD a real energy during the winter months.”

Information regarding Ticket Sales and Hospitality for The Rugby Championship and O’Reilly Cup fixtures will be communicated in due course.